Exports – Trucks for sale in Europe

A guide for overseas customers on how we operate in the UK, and the terms we use, to help you ask for the right type of vehicle.

Please note one important point: WE DRIVE ON THE LEFT HAND SIDE OF THE ROAD, SO OUR STEERING IS ON THE RIGHT. Conversion may be possible but is rarely economic in the UK.

The European truck market is the most sophisticated in the world and the British market, the most competitive of all European countries. A used truck from Britain offers the best value in technical standards and pricing.

In the UK, trucks are referred to as being 4x2, 6x2, 8x4 etc. Below are explanations of what each one means and some known alternative names from other countries:

To use a truck over 3.5 tonnes GVW in the UK, the owner must obtain an Operating, or "O" licence, just to keep the truck or trucks on his premises. He must apply to a licencing authority for a particular number of vehicles or trailers and his ability to run the vehicles in a professional manner will be taken into account before a licence is issued. The vehicles must, by law, be inspected at a frequency that depends on the use they are put to and a system must exist to report technical faults and ensure they are repaired. Drivers are subject to a strict licencing system that covers their skills and their health and they must comply with Europe wide laws that restrict the amount of work that they do each day.

The trucks have to pass a roadworthiness test every year at a Government run test station. It is a very strict test that covers the obvious features such as brakes lights and steering and also includes the exhaust emissions and cab rust. The test is colloquially known at the MOT, and it can be assumed that a vehicle with a recent MOT is in sound condition in most areas.

Almost every area of truck operating in the UK is covered by some law which ensures that even older trucks represent good value.

All major European makes are available in the UK. The obvious ones include Daf (formally known in the UK as Leyland Daf following their merger, but now known as Daf only), Mercedes, MAN, Iveco, Volvo, Scania and Renault. Less well known in some markets are the following British makes:

What we do not drive:

Japanese trucks have failed to gain any significant foothold in the European market. Hino obtained a small part of the 8x4 tipper market while Isuzu are selling their small 7.5 tonne truck in Britain and Mitsubishi are offering their equivalent truck through Mercedes agents. There are not many of any of these.

Bedford trucks have now disappeared. The Bedford factory closed in 1986 and production carried on under the AWD name, but using Perkins engines until 1992. The British Army is still releasing genuine Bedfords onto the market but these are available through specialist traders only.

Genuine UK Ford heavy trucks have also disappeared. The Ford truck operation in the UK was bought by Iveco and the popular (at lower weights) Ford Cargos were replaced by a range of Iveco trucks that were marketed in the UK only as Iveco Ford EuroCargos. They are completely different to Ford Cargos and the Ford name has now been dropped.

If you have any further queries about what is available on the UK market, send us a message and we will try to answer your query. 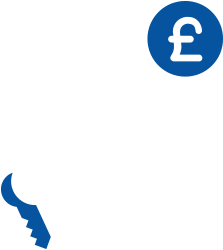 We are constantly on the lookout for quality used trucks. If you are looking to sell your truck then why not save yourself the time and hassle and let us give you a quote. 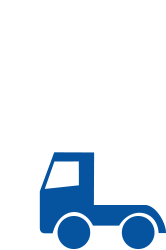 Exports - trucks for sale in Europe

The European truck market is the most sophisticated in the world and the British market, the most competitive of all European countries.
X